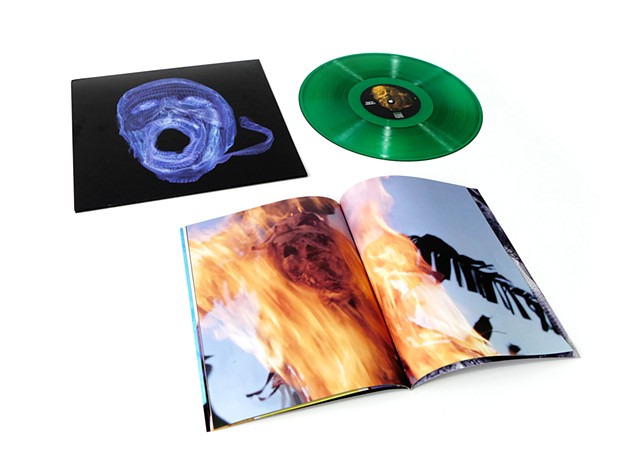 London’s Jesse Hackett and Chicago-based Mariano Chavez distill a wickedly sozzled, bleary impression of their time spent with Lord Tusk and a crack squad of Ugandan musicians in Kampala, 2019. Documenting the result of six weeks of making music, art and videos, and Waragi Gin-fuelled rides into the Kampala nightlife, their debut album features a full battery of traditional percussion and strings, plus the canny use of whistling and Lord Tusk’s rude sound system sensibilities, serving a triple AAA-rated trip that lures listeners into their intoxicated/intoxicating state of mind and effectively conveys the experience of a jag deep into the belly of Uganda’s thrilling, sprawling capital city at a major crossroads of East and Central Africa.

It’s not the first time Jesse Hackett has worked with Ugandan musicians - his 2017 album ‘Ennanga Vision’ saw him teamed with electro-acholi stars Otim Alpha, Geoffrey Opiyo Twongweno, and Albert Bisaso Ssempeke - however the vibe this time is more psychedelic in a road-level, grimy and noisy style thanks to the expanded platte of inputs, including an all-star Ugandan roll call of Otim Alpha, multi-instrumentalist Lawrence Okello, percussionist Omutaba, and Rian Treanor-collaborator Ocen, all girded by the vital ruggedness of London underground don, Lord Tusk.

In their pair of ‘Dream Sequence’ suites the album freewheels with delirious style, from mechanically musical drones in the title track to a quietly febrile conclusion recalling Craig Leon’s ‘Nommos’. Bouts of melodically stressed noise give way to Gin-steeped sing-song, chunks of chopped & screwed gristle, and dizzy clusters of Singeli-esque rhythm in a stop/start, unpredictable manner that sounds like nobody else right now. DJs will find ways of working this material into sets, although the album is really best downed in one for a vividly soundtrack-like experience that recalls the thrills and spills of a Safdie Bros flick, but set in Uganda, effectively throwing listeners head first into the thick of Kampala’s nightlife. Metal Preyers is out now on BoomKat