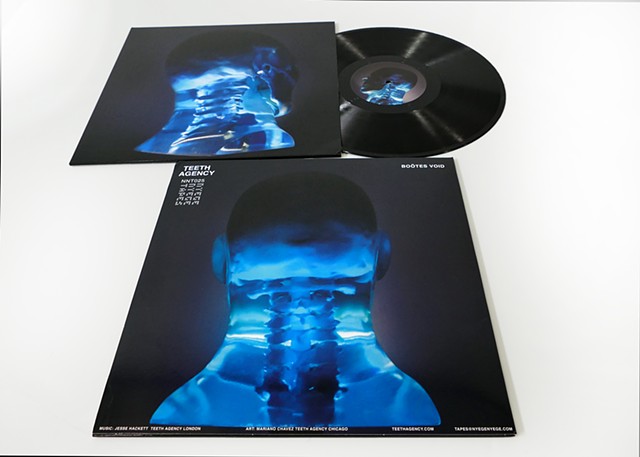 Metal Preyers is the alias of Jesse Hackett and Lord Tusk, alongside visual artist Mariano Chavez. Their second release picks up where the first left us, deep in the scuzzy underbelly of Kampala nightlife, to explore an even more sozzled style encrypted with a sense of melodic intrigue that lends it something of a thriller-like atmosphere.

‘Boötes Void’ stealthily unfolds with the sounds of processed leopard snarls, soured string dissonance, and crumbling rhythms, at a stygian pace. Like crafty psychopomps, they lure listeners into surreal, otherworldly settings and evoke uncanny sensations with a palette of textured, coruscating electronics and blood-curdled tones set to palpitating, distant percussion with the most arresting/paralysing effect.

For comparison, they share something of the impending apocalyptic atmosphere to Duma’s blinding debut, as well as hints of Spencer Clark simulating an eclipse on the equator, or even Mica Levi’s warped soundtrack for Monos, but there’s just something unshakeably paranoid and genuinely unsettling to Metal Preyers concrète sound-sphere that gets right under the skin and holds the ear’s gaze with frightening traction.